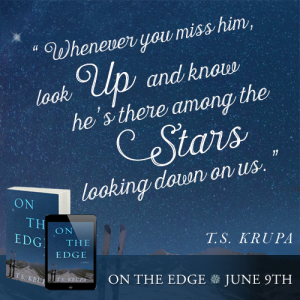 It’s book release day! A day like today has all the excitement of an opening day and the terrifying nerves you get right before you give a big public speech. All those feelings from high school come flooding back and thoughts of “Will they like me?” I mean… “Will they like it?” Then, when you really think about it: today is a day almost five years in the making. Today is a day you have cheered for, cried over, and has had your stomach in knots. You have brainstormed, drafted, edited, edited, reviewed, edited, proofed, edited, formatted, designed, planned, promoted, and championed for your story to be heard.

I would be lying if I didn’t say that the idea for On the Edge, or a variation of it, came to me during the 2010 Olympics as I watched in anticipation as Shaun White soared to the gold medal. It was a great idea and like so many ideas, I stored it way back in the proverbial filing cabinet for later. So four years passed, and another Olympics came and went, and the idea was still collecting dust. I had revisited the idea several times, changing various aspects around, but it always got shelved for later.

“Later.” What a word… Defined officially by Webster’s as a time in the future. Who’s future? Is there ever a good time? Is this “time” measureable? We toss the word “later” around so casually… “I’ll do it later.” “There will be more time later.” “Things will slow down later.” Or when you’re super-tired and cranky, you go to one-word responses: “Later…”—no explanation needed. But what if we stop doing things “later” and instead, start doing them “now”? “Now” is defined as “at the present time,” “the very next moment,” or “very soon.” Can you imagine what we could accomplish “now,” instead of “later?” I can.

I know that “now” is easier said than done. “Now” is always the goal and life seems to get in the way. For instance, I am “now” going to write, but there is a basket of laundry that needs to be folded, so I will write “later.” “Later” comes and it’s time to run errands, watch TV, play with the kids, or do anything but your original intention. This scenario plays out over and over again, and we continue to get in the way of ourselves. Life is life and I’m not going to say there will ever be a perfect time, but the only time to do what you love is right “now.” Pull out those crazy ideas, daydreams or wild plot lines and go do something about it—even if it’s small. 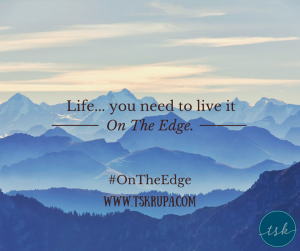 So on this “opening day” for my second novel, I just want to say this: Do what you want to do, but do it now. Later may never come, and only you can make now happen. It’s cheesy, I know… but it’s SO true. Five years ago when I first had the idea, I had no plans of making it a reality. “Later” I would be a writer, “later” I would have more time, “later” I would have a different set of circumstances, but it doesn’t always work out that way.

Now I have two books (TWO books!!!) published, that I am really proud of. I don’t want to think about how many more I could have already written if I had started writing “now” instead of “later.” So today, join me as I celebrate my second novel and living in the now! “Now” has been more instrumental in my writing career than any tool, idea, talent, or time. I hope that you can celebrate the “now”—it’s not always easier, but we only have so many “now” moments before “later” becomes “too late.”